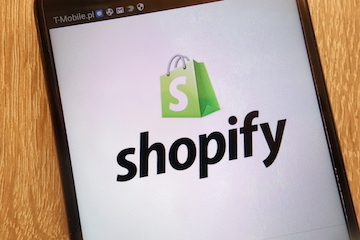 Shopify launched in 2004 in Ottawa, Canada when its founders were dissatisfied with existing platforms to sell their snowboarding gear.  Fast forward to 2020, and Shopify is a global brand. Total 2020 revenue will exceed $2 billion. Its common shares trade at roughly $1,000 each. More than 1 million merchants in 175 countries sell on the platform.

Shopify reported roughly $61 billion in gross merchandise volume across its platform in 2019.  Total global ecommerce sales in 2019 were roughly $3.5 trillion. Thus Shopify’s share in 2019 represented 1.7 percent of the worldwide total.