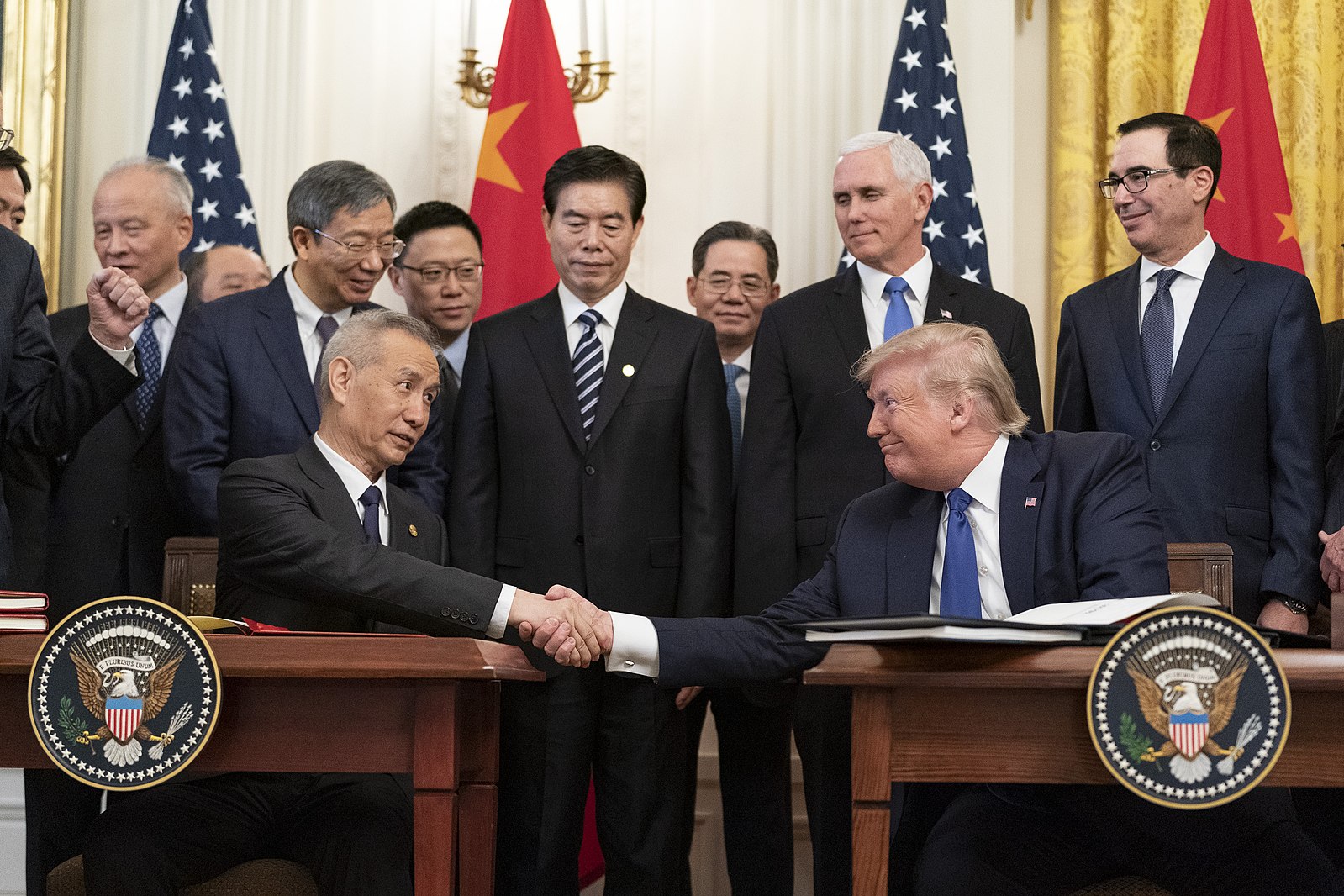 Predictions that the agreement would ultimately be a big nothing burger have largely come true. Now attention turns to President-elect Joe Biden.

Originally, the Trump administration heralded its trade agreement with China, signed at the White House on Jan. 15, 2020, as just the beginning.

As we noted a year ago, the deal itself didn’t do a whole lot. While it prioritized increased purchasing of U.S. goods, it failed to grapple with the issues that have plagued American manufacturing for decades, including industrial subsidies, state-owned enterprises, and currency manipulation.

But the deal also was just supposed to mark the start of tough talks with Beijing that would ultimately level the playing field for American workers. It was called the “Phase 1” trade deal, after all, signifying that there would be additional phases.

A year later, there’s little to show for China’s commitment to purchase $159 billion in U.S. goods, with China’s purchasing amounting to only $58.8 billion by the end of September 2020, according to the Peterson Institute for International Economics. And there have been real consequences to this failure as the U.S. trade deficit soaring to a 14-year high this past November.

As The Wall Street Journal reports:

“I do think that the Chinese have lived up to all their commitments on the structural side. They have not been able to on the quantitative side,” said Craig Allen, president of U.S.-China Business Council, which represents large U.S. companies doing business in China. “Overall the U.S. has lost a lot of jobs in the process.”

As Trump leaves office, there’s plenty of work ahead of President-elect Joe Biden on the trade front.

Justifiably, the Biden transition team’s attention is currently turned to ending the COVID-19 pandemic and stimulating America’s ailing economy through investment in infrastructure and clean energy. Nonetheless, Biden’s campaign rhetoric strongly supported American manufacturing, and observers expect that the incoming administration will continue pressure on China, but seek the cooperation of foreign allies in doing so.

“Biden and his advisers have sketched a trade policy that echoes Trump’s focus on manufacturing jobs and seeks to use foreign economic engagement to promote the U.S. middle class.

“But unlike Trump, Biden describes most foreign nations as potential partners, not adversaries bent on unfairly competing for commercial spoils. The Democrat is likely to substitute industrial policy for tariffs, seeking to revive domestic factories with a $400 billion ‘Buy America’ initiative and $300 billion in clean energy research.”

It’s worth noting as well that Biden’s nominee for U.S. trade representative, Katherine Tai, stated in a Jan. 12 address that she is committed to “fighting for American workers” and that “the President-Elect’s vision is to implement a worker-center trade policy.”

Though America is embroiled in domestic crises, Beijing is moving full steam ahead with its own plans to capture the global market through any means necessary. Thus, it’s critical that the U.S. continue to work toward meaningful structural change in China and retain the Section 301 and Section 232 tariffs until American workers can finally compete on a level playing field.