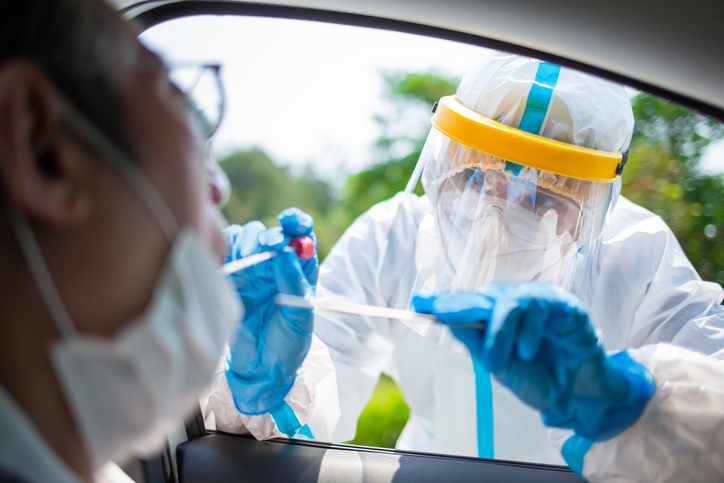 The 46th president calls his administration’s plan to tame the pandemic in the U.S. a “wartime effort.”

While he was running for president, Joe Biden said the federal government should be using the Defense Production Act (DPA) expansively to ramp up the domestic manufacture of personal protective equipment (PPE) and other medical equipment and supplies needed to address the Covid-19 pandemic.

After he won the presidential election, he said he was going to do this once in office.

Biden got sworn in on Wednesday. And on Thursday, well, he did it: President Biden signed an executive order to greatly expand the DPA’s use. As described in a report released by the White House detailing the administration’s coronavirus response:

To make vaccines, tests, (PPE), and other critical supplies available for the duration of the pandemic, the President has directed the use of all available legal authorities, including the (DPA), instructing departments and agencies to expand the availability of critical supplies, to increase stockpiles so that PPE is available to be used in the recommended safe manner, and to start to fill all supply shortfalls immediately.

This is a good thing. The United States has been caught in the throes of this pandemic for close to a year now, and the previous administrators of the executive branch of the federal government were focused on, uh, other pursuits. All kinds of other pursuits. But not PPE and medical supply production.

Instead of using it to streamline production and bring order to a medical supply market full of overnight middlemen, President Trump said last March the DPA should be used to create “leverage” and the federal government “is not a shipping clerk.” Well, no. But it can use the power of the DPA to guarantee contracts for manufacturers so they can retool their lines and crank out the gear we need in bulk to get through this mess.

This is something the Association of American Medical Colleges called for months ago.

Biden called his administration’s COVID-19 response a “wartime undertaking” to combat the crisis, and said that the American death toll from the virus will likely reach 500,000 next month. That makes expanding the use of the DPA – which has been around since the Korean War and is routinely invoked during federal responses to natural disasters – entirely appropriate.

“Countless American manufacturers and workers stepped up when COVID-19 hit by switching their production lines to make desperately needed PPE and other critical supplies. But their efforts only went so far because the previous administration failed to adequately use the Defense Production Act and enact a coordinated response to the pandemic. As a result, we’re still seeing PPE shortages.

“I’m heartened to see President Joe Biden move to use the DPA, on his first full day in office, to address the gaps. It’s time to secure our supply chain and create a strong manufacturing base right here in the United States so we can better respond to the next crisis. I know American workers and manufacturers are ready and willing to step up to the plate.”