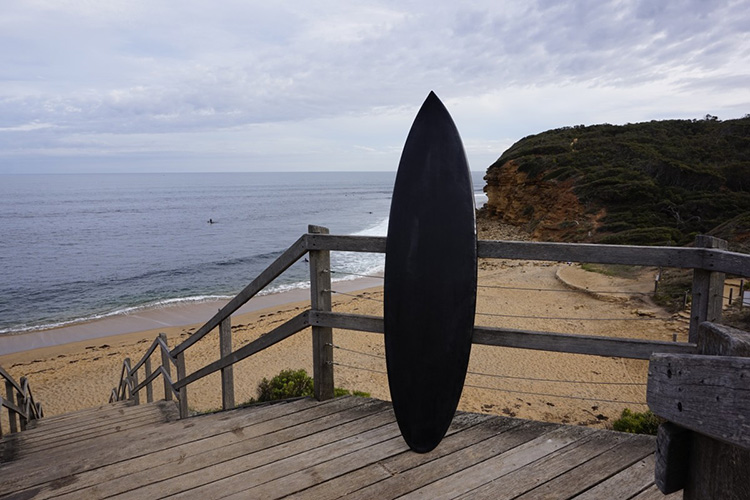 Sustainability is a core value of JUC SURF. The three founders of JUC Surf have experience working with carbon fiber in manufacturing with leading companies such as Boeing and Ford and are completing PhDs in carbon fiber research at Deakin University in Australia. They realize that as carbon fiber components of airplanes, for example, reach the end of their life, carbon fiber will be headed for landfills. This concern, along with their expertise with the material and the need to keep an engineering student who would rather be at the beach to pay more attention in class, led to JUC Surf.

Co-founder Filip Stojcevski notes that recycled carbon fiber can be bought in chopped, milled, reclaimed fibers, and tissue forms and that JUC uses all of these. “What we’ve done is literally added all of it in. We’ve added a bit of chopped fiber at a fairly high mixing ratio,” Mr. Stojcevski explained.  “We’ve got milled fiber to make the resin more tough. And then we’ve got the reclaimed fiber added in localized regions just to stiffen up here and there. We’re just using every single type of fiber that is considered recycled or waste in these boards.”

Stiffness is a concern in surfboards, and the JUC Surf team has addressed that by not simply replacing the traditional fiberglass used in the boards, but instead by working closely with suppliers to tailor the recycled carbon fiber, including shape, weave pattern and density, and surface treatment to design a product that acts like fiberglass, but is stronger and lighter.

As for the student who needed a push in the classroom, the JUC Surf team told him that the university would pay for a board for him (in fact, the university did not pay for this) if he did all the work himself, from materials research to design work. He did the work, and the team started building its first carbon fiber board.

When the company announced the creation of what is reported to be the world’s first recycled carbon fiber surfboard, there was great interest from around the world, including an inquiry from ELG Carbon Fibre.

For now, the JUC Surf team is producing the boards with the help of local shapers. They are planning a Kickstarter campaign and hope to secure testimonials from professional riders to drive growth.