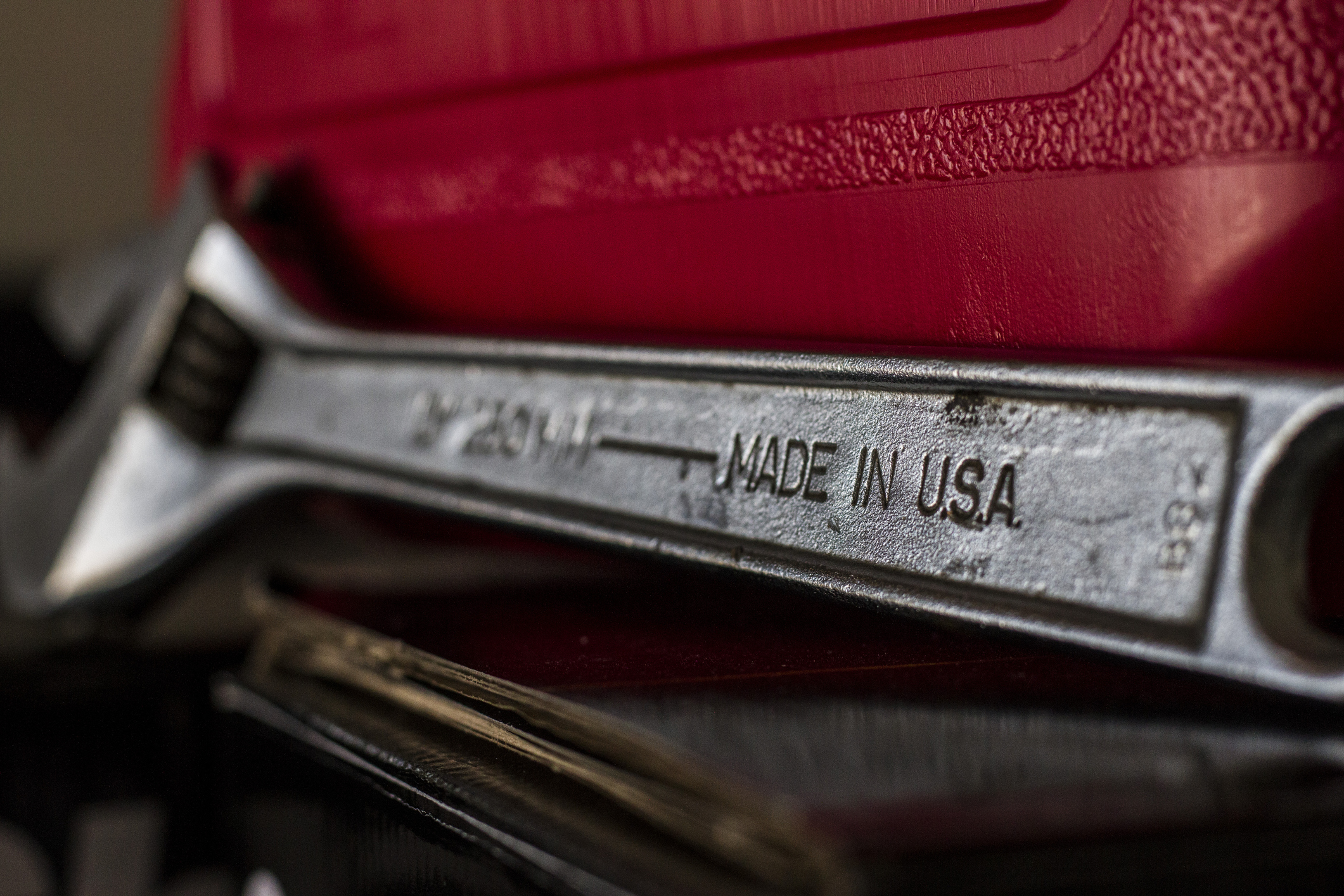 But there’s a growing appetite in Washington to defend Made in USA, including by taking real action against the violators who knowingly mislabel their products.

Editor’s note: This is the sixth entry in our 10-part series examining the policies and priorities that President-elect Joe Biden should focus on as he looks to lead America out of the COVID-19 pandemic and rebuild the American economy.

I am one of tens of millions of Americans who look at country of origin labels before making a purchasing decision, and at the Alliance for American Manufacturing, we have made protecting the label a priority.

Made in America matters: Supporting local businesses and workers, responsibly fighting against carbon emissions (the fuel used by those big shipping vessels is nasty stuff), promoting high labor standards, and product quality. We’re not alone in sharing these sentiments:

However, federal policies and regulations have historically not been strong enough to protect the vast majority of American consumers who value the Made in USA label.

Back in 2018, for example, the Federal Trade Commission identified several companies that had knowingly mislabeled their imported products as Made in USA, including one that made patriotic-themed backpacks overseas and sold them on U.S. military bases. Another company, named “Patriot Puck,” sold a hockey puck that was draped in the American flag and marketed as American-made. Everything the company sells is manufactured in China.

Despite these being obvious and egregious offenses, neither company faced any real consequences. No fines were issued; the companies didn’t even have to admit any fault.

It’s a frustrating situation, but the good news is that more people are starting to recognize the problem. While it didn’t receive a lot of attention during the presidential campaign, President-elect Joe Biden included Made in USA labeling issues as part of his Build Back Better plan, citing one of the cases above:

“End false advertising. Biden will also crack down on companies that label products as Made in America even if they’re coming from China or elsewhere. For example, a company selling deployment bags to active-duty troops falsely claimed its products were Made in America, when in reality they came from China. And when an American competitor filed a complaint with the Federal Trade Commission, the Trump Administration imposed no penalties.”

How do we best protect the Made in USA label? Let’s walk through these labeling issues step by step.

First, it’s time to expand Made in USA requirements to the Internet. it’s very difficult to even find country of origin labeling online, which is where more Americans are shopping these days. That’s because there’s no online labeling requirement. A bipartisan team of senators—Tammy Baldwin (D-Wis.) and Rick Scott (R-Fla.) — want to fix that via legislation called the Country of Origin Labeling (COOL) Online Act. The bill would require country-of-origin labeling for a product to be clearly stated in the website’s description of the product. Also,the country in which the seller of the product is located (and the country in which any parent corporation of the seller is located) must be included in the online product listing. While the legislation will need to be reintroduced in 2021, this seems like a slam dunk for consumers.

Second, it’s virtually impossible to hold label violators accountable for false or misleading online descriptions because of the shield “Section 230” provides for online platforms such as Amazon. While country of origin labeling fraud isn’t the main criticism of Section 230—the “Big Tech” liability shield is the issue you hear about the most—it nevertheless is a significant barrier to holding these marketplaces accountable.

Third, real action must be taken against violators and fraudsters. The FTC, which is the government agency charged with protecting consumers and policing the Made in USA label, up until recently had a weak record on enforcement. No violator had ever been seriously sanctioned through a fine or other form of significant restitution.

But recent developments may show the tide is turning, as the FTC is growing more serious about Made in USA label enforcement. First, after public comments, a workshop on the matter (for which I was a panelist), and interest from lawmakers, the FTC is considering beefing up penalties for violations. The proposed rule is not yet final, but the rulemaking process is an encouraging sign. Also, the FTC finally fined a big company, Williams Sonoma, for fraudulent Made in USA labels. We need to see more of this moving ahead.

Fourth, the incoming Biden Administration (together with Congress in some cases) can take several tangible steps to strengthen the Made in USA label. First, boost the enforcement budget for the FTC for Made in USA label protection. Second, ensure that any new commissioners the administration may appoint to the FTC are serious about strengthening the Made in USA label. Several sitting commissioners, including Rohit Chopra, have been instrumental in elevating this issue. Third, support the COOL Online Act and alterations to Section 230 of the Communications Decency Act to ensure that sellers and importers are required to prominently displace the country of origin of products offered for sale and face penalties for noncompliance or fraud. Finally, and perhaps as significantly, follow through on the Build Back Better plan commitment to invest $400 billion in Made in USA procurement for the federal government.

American manufacturers face enough uphill battles to make their products in the United States. They shouldn’t also have to worry about competitors who import their products only to use the Made in USA label as part of a P.R. effort – and if they do, they should know those cheaters can and will face consequences for their actions.

If Joe Biden successfully defends the Made in USA label, he will benefit consumers, workers, and businesses who want to keep it made in America.

Listen to Scott Paul talk about this blog on The Manufacturing Report podcast.