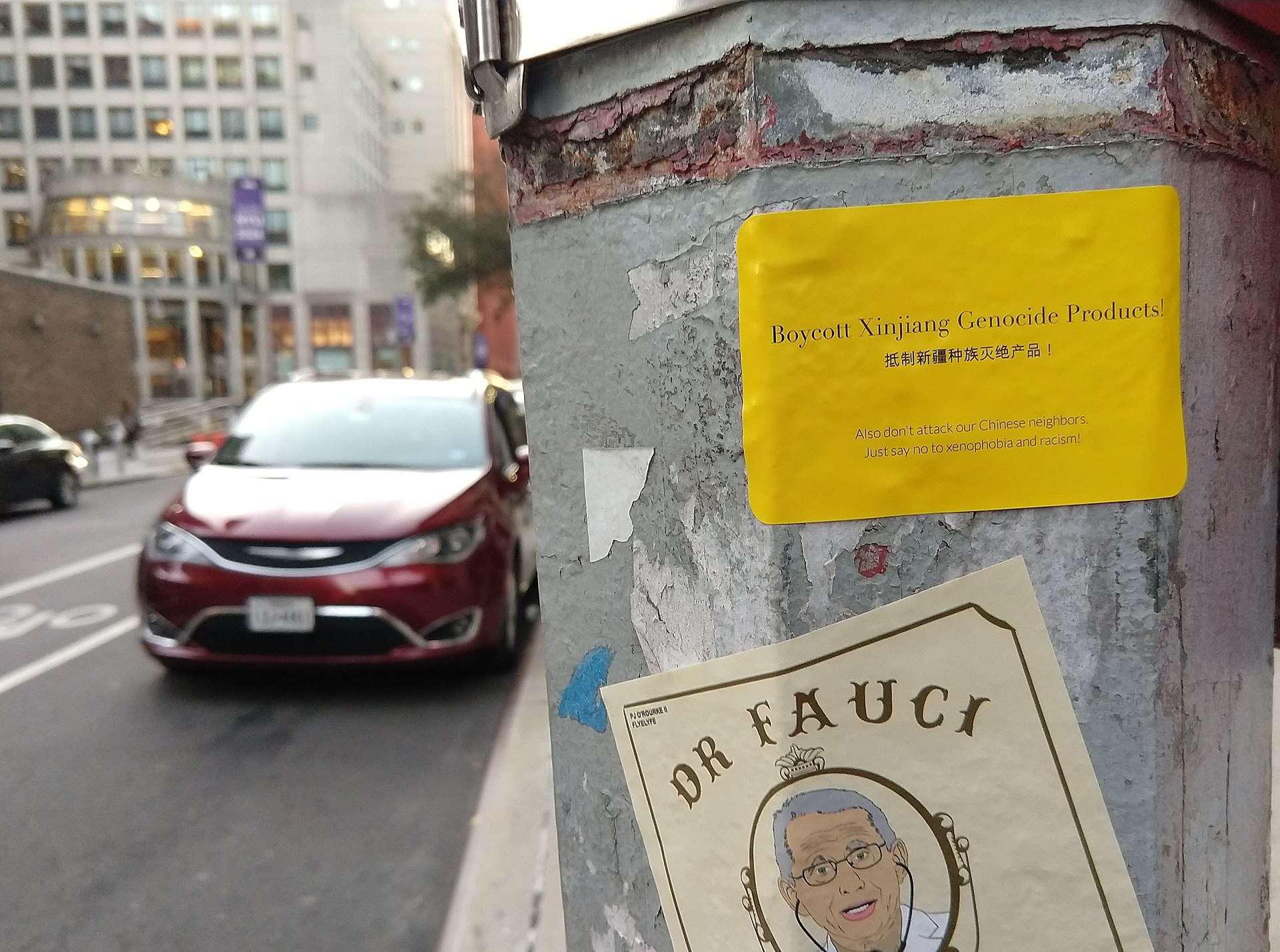 Now it’s on the incoming Biden administration to act. But Western brands have a role to play, too.

The Trump administration issued its final parting shot to China’s government on Tuesday, and it was a big one: The State Department officially declared China’s treatment of the Uyghurs and other ethnic and religious minority groups in Xinjiang as genocide.

Outgoing Secretary of State Mike Pompeo did not hold back in an official press statement announcing the designation. Pompeo wrote that “this genocide is ongoing, and that we are witnessing the systematic attempt to destroy Uyghurs by the Chinese party-state.”

“Their morally repugnant, wholesale policies, practices, and abuses are designed systematically to discriminate against and surveil ethnic Uyghurs as a unique demographic and ethnic group, restrict their freedom to travel, emigrate, and attend schools, and deny other basic human rights of assembly, speech, and worship. [People’s Republic of China] authorities have conducted forced sterilizations and abortions on Uyghur women, coerced them to marry non-Uyghurs, and separated Uyghur children from their families.”

An official declaration of genocide is a rare occurrence, and it is a move that almost certainly will anger China’s government. It’s also one that dozens of human rights organizations say is well deserved, given China’s treatment of the Uyghurs and other groups.

There’s also bipartisan agreement among Members of Congress that atrocities are taking place. The Congressional-Executive Commission on China said in a report released last week that crimes against humanity, and possibly genocide, are happening.

And while the United States is the first nation to issue an official declaration of genocide, other countries have condemned China’s actions; the foreign secretary of the United Kingdom last week announced fines for companies doing business in Xinjiang, calling China’s actions “truly horrific. Barbarism we had hoped lost to another era.”

While Team Trump may have made the designation, it is now on President-elect Joe Biden and his incoming administration to do something about it.

Now, we are sure Biden will work to reverse many of President Trump’s policies. But the genocide declaration likely will stay in place. It would be hard to reverse it – especially considering that on Tuesday, Antony Blinken, Biden’s pick for Secretary of State, said during his Senate confirmation hearing that he agrees with the State Department’s determination.

And back in August, Biden’s campaign called what is happening in Xinjiang a genocide. In fact, the campaign did so in response to an unconfirmed Politico story that the Trump administration was considering the designation.

“The unspeakable oppression that Uighurs and other ethnic minorities have suffered at the hands of China’s authoritarian government is genocide and Joe Biden stands against it in the strongest terms,” said campaign spokesman Andrew Bates.

So now what? The New York Times reports that the genocide declaration “prompts certain reviews within the State Department,” and the United States could also issue additional sanctions against China in response. Last week, the Trump administration announced a ban on cotton and tomato imports from Xinjiang, citing the use of forced labor and other human rights violations in the region.

The declaration also may encourage other nations to make similar announcements, and may provide an opportunity for Biden to work with allies to build a coalition to take on China’s government.

But this isn’t just on Biden. Dozens of Western companies need to get their act together, too.

One of the reasons why China’s government has had the leverage to commit these atrocities is that so many big-name companies are dependent on China for their manufacturing needs.

A 2020 report from the Australian Strategic Policy Institute, for example, found that 82 well-known brands in the apparel, automotive and technology sectors were utilizing the forced labor of the Uyghur people to make their products. By October, only a handful of brands – including Adidas, H&M and Lacoste – had pledged to stop, despite a call from a global coalition of 180 human rights, labor and other organizations urging them to do so.

It gets worse. The New York Times reported in December that when Congress took up legislation to ban imported goods made from forced labor in Xinjiang, big names like Nike, Apple, and Coca-Cola actively lobbied to weaken it. The companies, according to the Times, were worried that the bill would “wreak havoc on supply chains.”

It isn’t just clothing and cars being sourced from Xinjiang, of course. Horizon Advisory found in a report released earlier this month that China’s solar industry is tainted with forced Uyghur labor. That means that products many people are purchasing as a way to make the world better – like installing solar panels to reduce climate emissions, for example – are actually supporting human rights violations.

“As long as we in the U.S. continue to build our solar industry on Chinese sources, we are building on a foundation of forced labor,” researcher Emily de La Bruyere said. “Global consumers of Chinese polysilicon-based photovoltaic and semiconductor goods implicitly support the sustained abuse of ethnic and religious minorities in China.”

All of this brings us back to Biden, and another way he can take on China.

The State Department made official on Tuesday what so many leaders and organizations have been saying for a long time: China is overseeing a genocide. But that genocide has been allowed to happen, at least in part, because the United States is so dependent on China for its manufacturing needs.

But by strengthening our own domestic manufacturing capabilities, the United States can ensure that we build the technologies of the future – things like solar panels and electric vehicles – in a fair and ethical fashion. We’ll create good-paying jobs here in the United States instead of underwriting the genocide happening in Xinjiang.

The Biden administration will have to step up in other ways, of course. It seems entirely appropriate to issue bans on additional products if they are found to be made with forced Uyghur labor, for example.

And it bears repeating: private sector companies operating in China need to finally take steps to address their complicity in this ongoing human rights crisis. It’s time for them to stop sourcing from a country that utilizes forced labor to make its goods.

It likely will take significant international pressure to stop China from committing these atrocities. But in the meantime, western brands shouldn’t be footing the bill.

For more on what is happening in Xinjiang, listen to AAM President Scott Paul’s interview with activist Rushan Abbas, whose sister is imprisoned in an indoctrination camp. In this episode, Scott Paul also chats with Penelope Kyristsis of the Worker Rights Consortium, who explains how western brands are fueling this genocide.