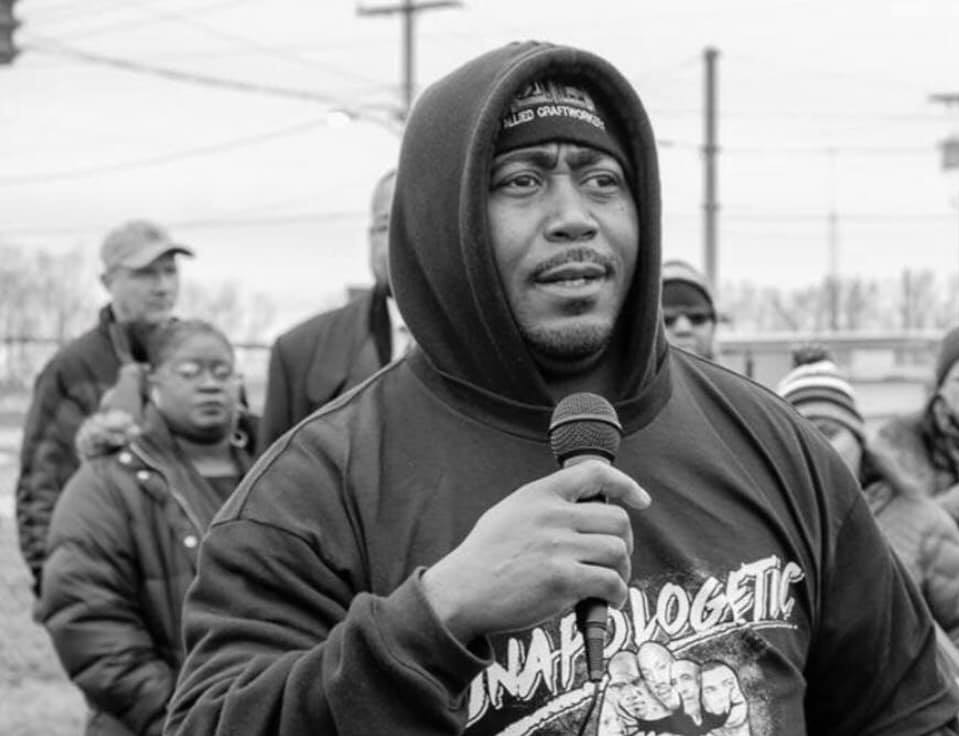 We profiled several Black workers this summer about their experiences in manufacturing. Now, we’re getting back in touch with some of them to find out what they expect from the president-elect.

Editor’s note: This is the eighth entry in our 10-part series examining the policies and priorities that President-elect Joe Biden should focus on as he looks to lead America out of the COVID-19 pandemic and rebuild the American economy.

When Joe Biden is sworn in as president in January, he will have done so after soundly defeating President Donald Trump with the overwhelming support of Black voters, including in traditional manufacturing communities like Detroit and Milwaukee.

In his victory speech, Biden thanked Black voters, saying, “you always had my back, and I’ll have yours.”

Earlier this year, the Alliance for American Manufacturing published a series of profiles of Black manufacturing workers to explore the benefits and obstacles that they face, both on the job and in the communities where they live.

We circled back with four of them to find out what their expectations are from a Joe Biden presidency. We learned that because so much economic and social damage has been done over the past four years, they are not expecting a quick fix to the many problems that face the Black community.

But there is hope that a new course of direction will be set and that the U.S. government can better reflect the faces of the American people.

Alex Perkins is a United Steelworkers staff representative based in Macon, Ga., and he has high hopes for the Biden presidency.

“It is already evident. He represents a totally different type of leadership, and the people that he has already started to appoint, and his Vice President Kamala Harris, show people of this nation that we have a president that is all about diversity and inclusion,” Perkins said. “President Trump ran a campaign on division, and everything was about building walls and separating people. Biden is creating a movement that this country will be all-inclusive of the citizens that live here.”

Perkins cited two policy issues that he feels are of great concern to American workers and the economy – enacting the PRO Act and the rebuilding of infrastructure.

The PRO Act is legislation that protects worker’s rights to organize, giving them collective bargaining rights and penalizing companies that retaliate against their workers who try to organize. It also would reclassify people as company employees rather than independent contractors, including Uber, Lyft, and Door Dash drivers.

“Biden supports it, and that is a major win for all unions across the country,” Perkins said. “Having his support gives us a fair chance of organizing. Biden already said if a company attacks its workers with anti-union campaigns, he is proposing to come up with a bill to incentivize companies that do not fight the workers.

“The PRO Act covers almost all aspects of the organizing campaign process. It protects workers rights and ensures that if workers are retaliated against, the labor board will act against companies that are pretty much breaking the law by harassing and intimidating workers and keeping them from expressing their free choice to organize.”

Perkins also believes, as do all of the Black manufacturing workers profiled by AAM, that a robust infrastructure investment package is the golden road to an economic recovery and more quality jobs for all Americans.

Kameen Thompson is the safety coordinator and United Steelworkers (USW) Local 9462 president at the Conshohocken steel mill near Philadelphia. He has seen the ups and downs of a fluctuating American-made steel market for the past 20 years and his top priority for a Biden administration is substantial legislation to rebuild America’s infrastructure.

“That should be the No. 1 thing Biden should try to get done in his first few months in office. If he wants to bring back the economy, that’s the way to do it, and it is very needed.”

Many of the workers we spoke with are taking a wait-and-see attitude, and are realistic about the amount of progress Biden can make on a federal level. They realize, with the help of a willing Congress, that a Biden administration can provide revenue to help revitalize the poor, hallowed out manufacturing communities that dot our nation’s landscape.

E.J. Jenkins is a steelworker at Gary Works, U.S. Steel’s largest manufacturing facility located in Gary, Ind. He was born and raised in the city, and unlike a lot of his contemporaries who have moved on to more comfortable lives in suburban communities, Jenkins remains in Gary, an impoverished Black city with an unemployment rate of more than 30 percent.

“During elections, you always hear a lot of good sound bites. But, what I would rather see is that those sound bites become reality for Black folks and the Black community,” Jenkins said. “I would love to see the unemployment rate drop for Black people. We need investment in this city. Resources should be put back into the Black community and other communities of color, period.”

He continued: “They could use funding for education, for better parks and recreational facilities and better mental health facilities. I want investment to be the reality now, and not just another sound bite.

“I know it takes more than Biden to do a whole lot, but when you put infrastructure into the Black community, it pretty much can employ Black folks and raise the bar for Black folks in this city.

It certainly will take some time to calm the racial tensions that occurred throughout the Trump presidency, which was amplified after the murder of George Floyd by Minneapolis police officers in May 2020.

This tragic killing and subsequent protests brought national attention to what everyday life can be like for an American Black man, regardless of his successes and standing in the community.

Keith Odume works for Crucible Industries in Syracuse, N.Y. and is an elected USW Local officer, activist and organizer. When he was hired in 20 years ago, he was confronted with multiple threats because of his race. Today, he is an aggressive advocate for the Black community and his Black manufacturing worker colleagues.

“With Covid and everything, there is a lot of tension with everybody,” Odume said. “First of all, what needs to be addressed is the people that police these communities and that is the biggest thing because if you’ve never been in a community or grew up in that community, you don’t know how to deal with the people that always have to deal with poverty and those issues. There are stressful situations like unemployment.

“People that police these Black communities should live or come from these communities. They can’t be bringing in a police force full of white cops that know nothing about the community and the struggles and circumstances of Black people.

“When I was growing up in elementary school, we had Officer Friendly. They would come in and talk to the students and get to know them. Honestly, when I was a kid, I wanted to be a cop. Nowadays, with media and parents talking about it and kids seeing violence in those neighborhoods, the first thing is the kids are prejudiced against the cops now because of what they see and hear.”

Kameen Thompson knows the drill all too well, as the father of two kids living in a predominantly white neighborhood in Berks County, Pa. Being a successful Black man comes with the knowledge of the possibility to be mistaken for a criminal in the eyes of white police officers who are unfamiliar with the Black community.

“As far as racism and Black steelworkers, I just think there should be more awareness and more roundtables of discussion when it comes to cops and the Black community,” Thompson said. “I know in North Philadelphia where I was born and raised, we have the same issues that everybody else has as far as white cops in predominantly Black neighborhoods.

“They don’t know the people in the neighborhood and don’t come from that area, and just make assumptions on who we are. There are a lot of times I think about that could be me getting killed. I don’t dress in a suit and tie every day. I’m wearing jeans, a sweatshirt and boots. I work in the steel mill.

“I still have family and friends in North Philly, and I could be caught up in something unjust and racist. My point is that even though I am considered successful, and doing good for myself and family, the cops don’t know that. So, if I get stopped by a cop because I am in the neighborhood, and because they feel like I fit the description, well, you know, one false move and I could be laying in the street shot dead.

“I just think the Biden administration, unlike others, needs to bring awareness to the issues of predominantly white cops in the Black neighborhoods. I work with a white counterpart of mine and we talk about race all the time. He knows me and I know him, and we both want the same things from life, a good living and making life better for our families. As a Black man with a good job, I want the same things for me and my family as my white friends, but a lot of people don’t always see that. I am treated differently because I am a young Black man and drive a nice car.”

Black manufacturing workers said they are not looking for a handout, just equality in the workplace and in society. They realize that Joe Biden does not wield a magic wand that can end the systemic racism that has come to the fore during the Trump years.

But with smart policies, they believe a Biden administration can help provide more quality jobs to help move people living in Black communities out of poverty.

And a little empathy from the White House can help ease racial tensions that have festered under the watch of Donald Trump.

Joe Biden says he has got the back of the Black community. Now it is time for him to show that his talk is more than just a sound bite.

Listen to AAM’s Jeff Bonior talk about this blog on The Manufacturing Report podcast.