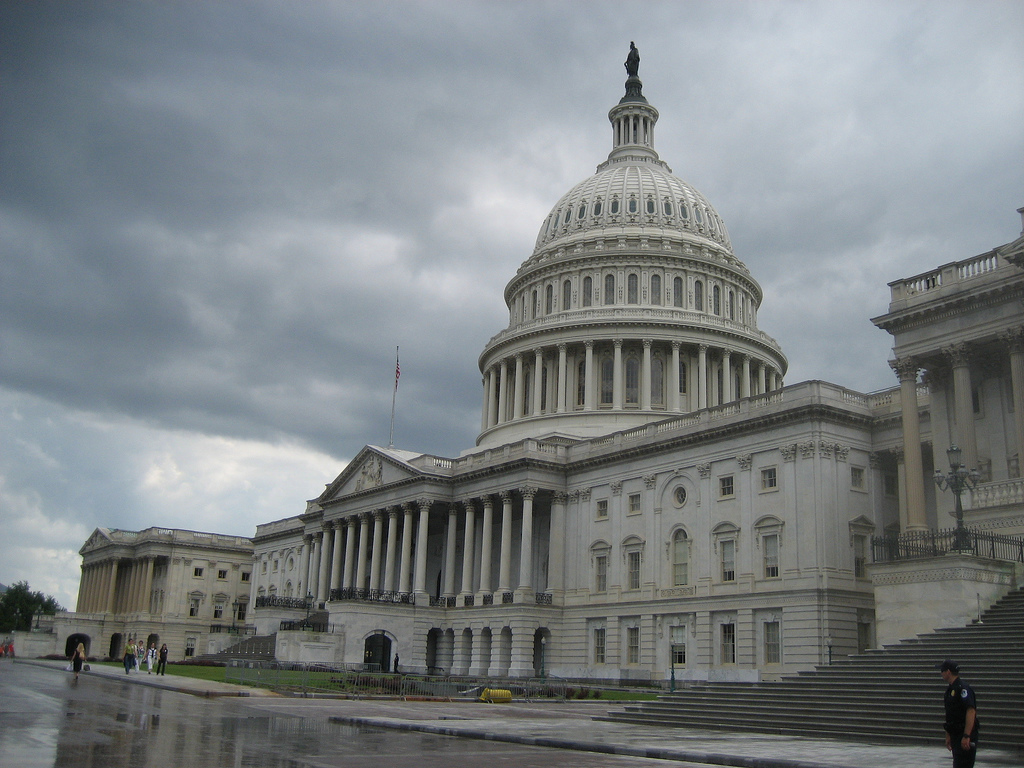 This week, despite a riot, it certified the election of the next American president. Last week it passed a big, important defense bill.

On Wednesday a mob – unable to come to grips with the reality that its presidential candidate lost a fair election in November – stormed the U.S. Capitol in Washington, DC to halt the formal votes that will make Joe Biden president later this month. I guess that was their plan. Let’s ask our fellow American here in the “Not Today Liberal” shirt what he thinks:

Five people have died, and after the mob was removed from the building Congress returned to finish conducting its votes. And, despite the violent President Trump mob freakout, the votes passed. For the legislative sausage-making cranks ever onward.

And oh it really does crank onward: Just last week Congress overrode a President Trump veto (in defense of military bases named for Confederate officers) to enact the 2021 National Defense Authorization Act – the annual bill that funds the U.S. Department of Defense. This year’s cost a cool $740.5 billion.

This NDAA is a massive amount of spending with lots of newsworthy stuff in it about big defense policy decisions … and lots of relatively smaller ones, like interesting rule changes and notable appropriations decisions.

For example: This NDAA tightens up compliance rules for the Berry Amendment, a decades-old rule that directs Defense’s procurement of textile, apparel and footwear products (like uniforms and boots) toward domestic manufacturers. This is good news for the U.S. apparel industry and companies like New Balance that maintain a significant American manufacturing footprint (pun intended).

And another rule in the bill authorizes the allocation of funding for domestic semiconductor chip fabrication, as well as the funding for chip research and development. This is a quiet big deal. These tiny circuit boards are essentially the brains of the electronic objects we use every day, and their development goes hand in hand with the development of high-tech industry. If we’d like that industrial activity to take place in and be driven by the United States, the argument goes, then fostering chip fabrication here too is a good incentive to encourage it.

Anyway, the legislative sausage cranks onward. And we continue to accept fair votes. So sorry, mob! Better luck next time.