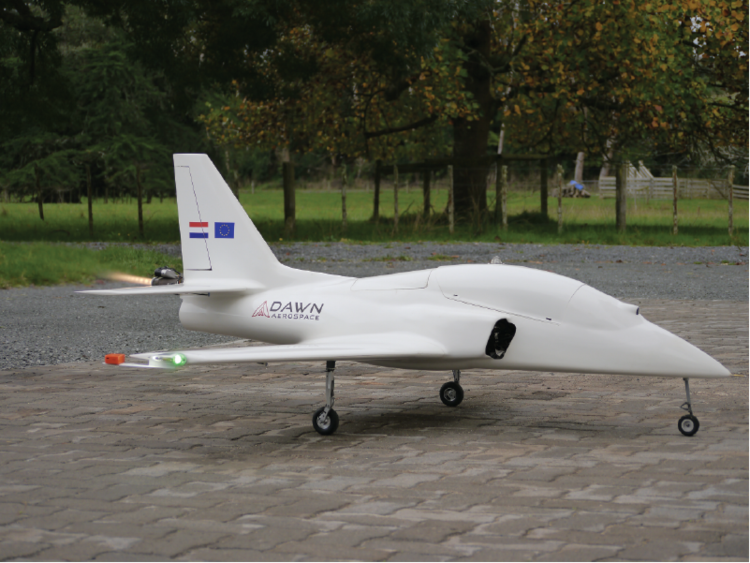 “The challenge of getting to space is equal parts the vehicle, the launch infrastructure and the regulation,” said James Powell, general manager and CFO of Dawn Aerospace. “Building a cheaper rocket, as many are trying to do, only helps with the first part. Dawn’s spaceplane addresses all three factors.

Dawn Aerospace engineers are implementing 3D printing of composite materials in developing the rocket engines to provide the thermal conductivity needed to protect against the elements of space travel, something that traditionally printed materials such as titanium and stainless steel lack.

Once proven, the high-performing, lighter engines will be included in Dawn’s Mk-II Aurora, a small suborbital rocket-powered aircraft or spaceplane that will be capable of making multiple return trips to suborbital space per day. The vehicle’s 3U payload is capable of hosting scientific experiments. Vertical launch pads are not needed for the Mk-II’s as it can take off and land on conventional runways at standard airports.

Dawn Aerospace is planning a Mk-III spaceplane that will be 60 feet long and capable of delivering 50-100 kg satellites to orbit.

Stefan Powell, chief technology officer of Dawn Aerospace, explained, The Aurora represents a massive step forward in space transportation. Using the same vehicle hundreds or even thousands of times means we don’t need a factory to produce rockets. We can operate a fleet of vehicles to access space daily. And we don’t have to pollute the ocean with rocket debris as we do it.”

“We are proud to work in cooperation with the European Space Agency,” said Jeroen Wink, Dawn Aerospace CEO. “This is important work that will lead to higher-performance, more reliable rocket engines that can fly to space hundreds of times without refurbishment”.